When you want to watch these movies, this is the site for you! VOD by purpose
home
Summary of Works

In this issue.The theme is a bit dark...I have compiled a list of movies and dramas in which people run away from domestic violence and moral harassment and start their lives over again.

depending on the contentsSome of them are very hard to watch and some of them are downright disgusting.The film is not for the faint of heart, so please watch it only if you are okay with that kind of thing.

Watching such films may be a good way to "gain awareness" of the reality of domestic violence and moral harassment, as it allows us to objectively look at the reality.

I had spent my life so far unaware of the morass of harassment around me, and it occurred to me.

3 movies and dramas about escaping domestic violence and moral harassment and restarting life.

After a summary and synopsis of each film, I include my impressions (with minimal spoilers). 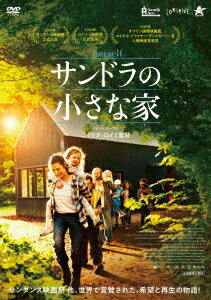 Sandra flees her domestic violence husband and starts a life from scratch with her daughter. She decides to build a house by herself with the help of her friends, and this is the story of her resurrection.

I personally liked the social scene, like Ken Loach, it was realistic. I just feel sorry for the girls, poor girls.

Of course Sandra is hurting the most.

There's also a courtroom scene in a custody battle with her husband, which is goofy here.

It was a touching scene but painful at the same time.

And it happens often.DV flashbacks.

Violence is a death threat, so the greater the frequency and the blows, the more deeply it takes root in the mind.

It hurts both physically and emotionally. It is hard to watch.

moreoverYour husband used to be a good...There was also a scene that said, "This is something you actually hear a lot. It was good in the old days.

Why would you change when you become a family member? After all, it's your ownDo you overlap with your old family?Husband.

And, you know, the end is a disgusting turn of events.

thoughThere was a problem in the family environment that formed such a person.I'll never forgive him for what he did, though.

For more details on my impressions, please seeThis pagePlease see the summary in the following table if you would like to see it.

Four Western films set in a psychiatric hospital. Interesting for its harrowing, surprising, and thought-provoking content.
In this issue, I will introduce films set in mental hospitals. I will introduce the synopsis of each movie set in a mental hospital, as well as the highlights and interesting points I found. Dangerous Methods [Free Shipping Choice] / Foreign Movie / Dangerous MethodsPosted with Kaereba Neowing

Clara and her two sons have fled from the sound of DV. At a loss, they ended up at a long-established Russian restaurant. There she meets Mark, the manager, and Alice, a nurse who is a regular customer. With their help, Clara tries to get her life back on track.

My husband was quite violent and the way he treated my sons was terrible. It wasn't on film, though.

Also, I was impressed by the way the eldest son protects his mother.

They are old enough to use computers, so they understand adult situations. I could see in their expressions that they wanted to protect their mothers, and I wanted their sons to be happier than their mothers.

Yes. Personally, I felt that was the highlight of the film, as I was emotionally invested in my sons.

There are not many scenes of conflict with the husband, such as the trial scene, but more about the lives and relationships between the cookery restaurant and its familiar customers, and the story flows smoothly, so some may find it lacking. 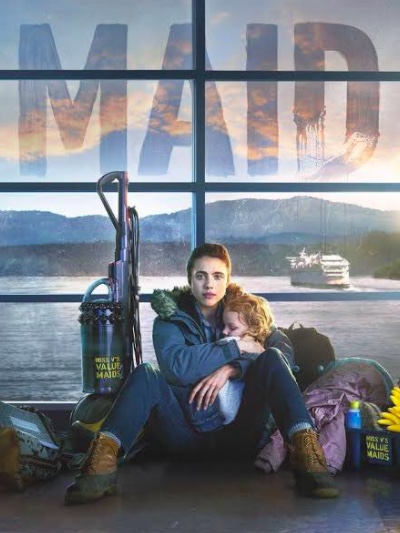 A story about escaping from a morally harassed husband and trying again with her child as a single mother.

This is a Netflix drama and I thoughtI understand the horror of moraharas.That is to say.

I've been there myself, and I know that some moral harassment is very easy to understand, and some is hard to understand.

I think people can tell that an overtly harsh attitude, such as yelling or denying the personality of the person being harassed, is morally harassing, but it is something that slowly comes over you. Therefore, it is difficult to notice.

There is a sense of discomfort that I sometimes feel. This is actually a pre-moral harasser, or rather, a kind of moral harasser. Moral harassment that is hard to notice.

For example, if it is a married couple or parents, or a family, they have been together for many years, so I don't think they can be objective. I think there are a lot of people who are not aware of it, but are actually being harassed, and I am being hurt.

A little fight is common.I believe that it is moral harassment when someone picks on our self-esteem and throws words at us that lower our self-esteem.

But it's hard to notice when you've been together for many years, and then small discomforts start to pile up and explode, and that's when you realize it's happening.

Moral harassment is also verbal abuse.I thought it was right that she escaped from the house like a maid's handmaiden, because even if her body was not hurt, if her heart was hurt to shreds, she could run away from that.

I didn't get violent..." I was feeling reserved compared to those who have been treated worse, but there's no need to compare. Verbal abuse tears the psyche apart.

The wounds of the body may heal, but theHeartbreak takes time to heal.

From there, they struggled with work and money, and it was tough to watch, but it was very realistic and many people sympathized with them (I saw such comments on Twitter).

After that, there was a scene in which she reverted to her husband of many years, and the development of this scene was very disgusting in my opinion.

butWhen people are weak, there are negative people who soak it up.I took it as a message that "I'm not a good person.

Oh, no.It was a drama worth watching.

Four Western films set in a psychiatric hospital. Interesting for its harrowing, surprising, and thought-provoking content.
In this issue, I will introduce films set in mental hospitals. I will introduce the synopsis of each movie set in a mental hospital, as well as the highlights and interesting points I found. Dangerous Methods [Free Shipping Choice] / Foreign Movie / Dangerous MethodsPosted with Kaereba Neowing

I would like to see a world where even one DV or moral harassment can disappear.

Benedict Cumberbatch, best known for his role in the foreign drama "Sherlock," ranges from brilliant to wise to wizard! And with those clear blue eyes and the atmosphere that seems to draw you in... I am always entranced. I am always enchanted. Human drama...
2022.08.06
Summary of Works

Here is a summary of the suspense that I found "interesting. Please forgive the small number: .... I know it's a small number if you carefully select them: ..... Here is a list of suspenseful movies that I found interesting. After a quick summary and synopsis, here are my impressions...
2023.01.25
Summary of Works

In this issue, we present five high or low fantasy works without spoilers. I'll give a brief synopsis and also explain the highlights of the stories and actors and why I recommend them. After watching these, you too will be immersed in a different world. Have you seen it yet? Hi ...
2022.08.06
Summary of Works

Recommended Sci-Fi Panic Films] The setting is outer space. 3 thrilling and thrilling movies that will make you sweat.

The setting is outer space. I love thrilling and thrilling movies, and this time I would like to introduce a movie that goes beyond the earth and takes place in space. I've seen them all many times myself and can recommend them! If you are a fan of thrilling movies not only in space, please check this page...
2023.01.08
Summary of Works

I was fooled by the unexpected turn of events. 7 movies with a dondenrevenge ending｜Introducing only the films that I enjoyed, including the ones that were not so good.

Recommended Laugh-Out-Loud Foreign Films: 5 movies that will make you laugh from the bottom of your stomach. Watch these and you'll be blown away from your fatigue and stress!

Shout-outs, comic dialogue, surrealistic images... Here are five films that will make you laugh and blow away all that stress. The films are of various genres, and we have narrowed down the list to those that make you laugh anyway. If you are tired and stressed out from the daily grind, we hope that you will watch a movie that will blow you away...
2023.01.08
Summary of Works

What's so funny? 5 anime to watch when you are tired. I recommend watching them with an empty head.

The 6 most moving movies that will definitely make you cry, even if you can't cry. I cried uncontrollably [Recommended].

I have seen many moving movies in my life, but I have never been able to cry easily at the emotional ones. I am not good at so-called sob stories. I would like to introduce a movie that even I couldn't help but cry. It's the kind of movie that can make people who can't cry cry cry.
2023.01.30
Summary of Works
Sponsored Links
Five movies about a meteorite or comet impact that destroys the earth! From panic hand-sweat movies to human good/evil heartbreaking scenes!
Tom Cruise's movies that I enjoyed. I'm fascinated by his action and facial expressions. 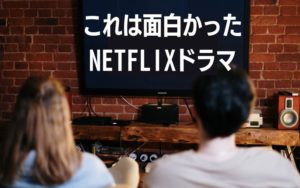 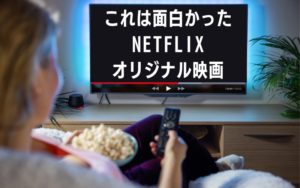 The Walking Dead: 5 Fun Facts You Need to See to Get the Most Out of It.
Spoiler alert: Was the end of "The Boy in the Striped Pajamas" intentional? It's a bad aftertaste, but maybe it's a movie you should watch.
What is the appeal of Game of Thrones? Why I suddenly got hooked when I thought it was boring at first.
Recommended Thriller Films] If you want to be thrilled and thrilled, these 10 films are the ones to keep in mind [Foreign Films
[Selected] Six movies that remind us of spirituality! Recommended for those who want to break stereotypes.
[Spoiler alert: Don't stop the camera! What's so great about that? I thought it was boring and failed, but I was betrayed.
Five foreign films that will stimulate your outlook on life. They may change your way of living and thinking 180 degrees.
I watched all 5 seasons of Paper House and I'll tell you what got me hooked on the show.
The 6 most moving movies that will definitely make you cry, even if you can't cry. I cried uncontrollably [Recommended].
Five fantasy movies set in the Middle Ages! Recommended for those who want to enjoy the visual beauty of the medieval era with knights, dresses and old castles.